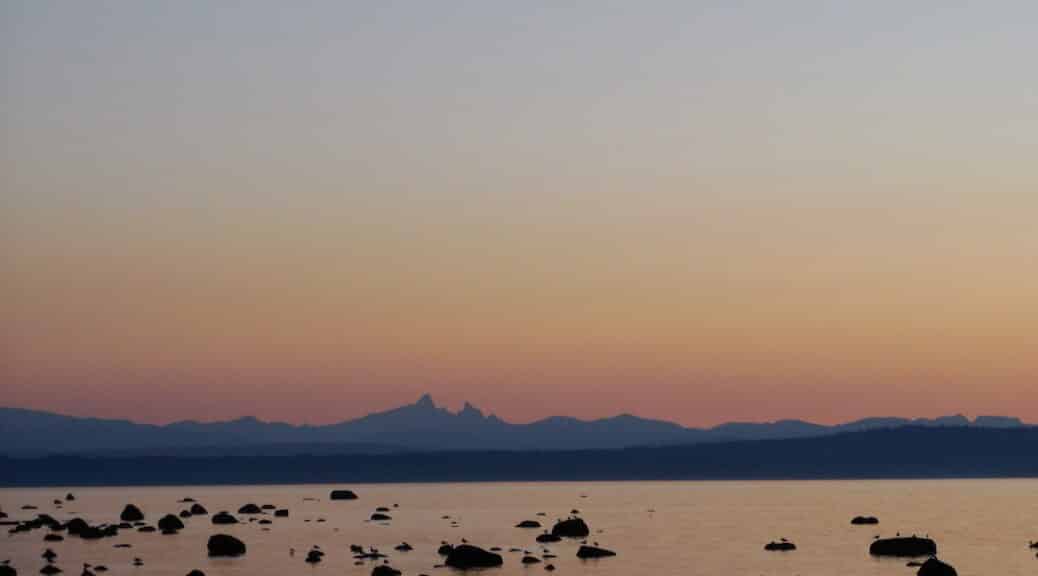 In this morning’s Cortes Currents, we continue with the audio from Jeanette Taylor’s recent talk at Manson’s Hall. In the previous episode she talked about Old Quadra Island. Now we explore the rest of the Discovery Islands, Bute Inlet & Nootka Sound.

“I just love that reef off the south tip of Marina Island. It is like another planet or something walking around on that reef at low tide. … It is really hard to photograph, but you can see it sneaking out far over to this side and then edging back in. That is a really long reef and I won’t tell you the full story but there is a wonderful aboriginal myth about the dog children which was collected in the 1880s and tells the story of how that reef and the one off south Cortes was formed.” – Jeanette Taylor

“In the early 1860s, during the Gold Rush in BC, the engineer in Victoria named Waddington was looking for a new route to get in there that was less arduous than the one that went up the Fraser. (A huge 500 mile trek through the mountains to get up to the Chilcotin Gold fields.) You can picture him: He suffered from gout; he was my age.

He was looking at a map and said, “Aha, look at that nice long inlet there. That’s the way to go. It will be super easy. We’ll go up that inlet: shorter hike, up into the gold fields, boom it’s done. We’ll build a little townsite at the head of the inlet. We’ll charge fees for people to come and go … And we’ll keep all the business, for outfitting for the gold fields, in Victoris instead of tht pesky old New Westminster over there.”  – Jeanette Taylor