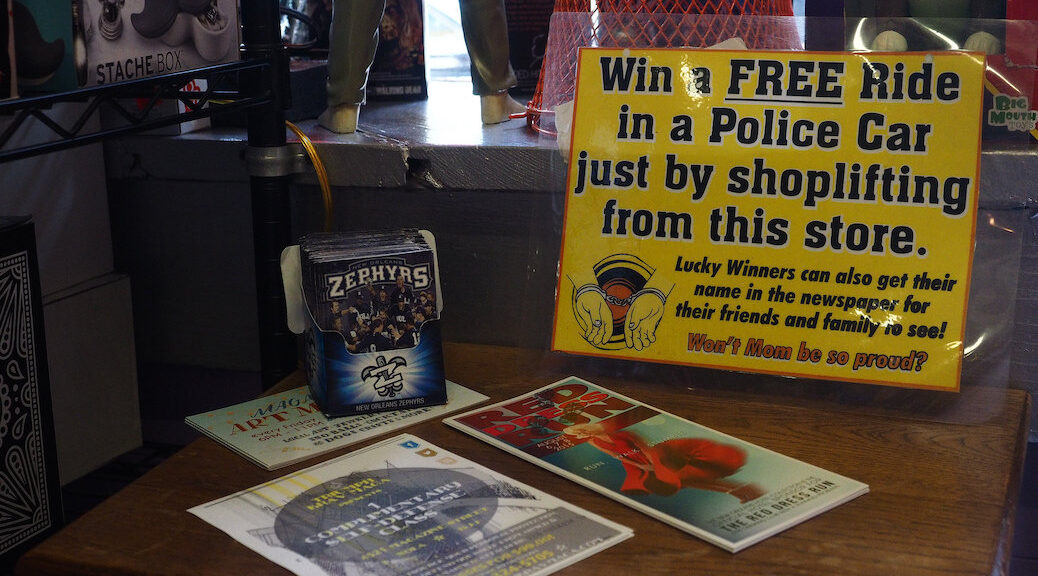 In 2020, Campbell River stores reported 275 cases of shoplifting to the RCMP. That is in a city, is the situation similar in more remote  settings like Cortes Island?

The cost of shoplifting in Campbell River

Cst. Maury Tyre said those 275 cases in Campbell River are a major problem, “For staggering statistics, some quick online research points to shoplifters only getting caught 1 out of every 48 times they steal. That would mean over 13,000 instances of shoplifting would have occurred in Campbell River last year, putting losses easily into the millions of dollars for local businesses.”

“In a small store like the Co-op, I would expect someone to get away with it many times – up to ten at most – before getting caught.  But, once they’re caught, we watch them like a hawk from then on,” he said.

A U.S. study estimated that the average American pays an extra $423 every year because of the resulting price increases,

Tyre explained, “The losses these businesses face are then made up by the rest of the consumers who shop in the stores by paying price increases and sometimes in the case of a small struggling business it can be more than they can manage as losses mount and shoplifters can put them out of business.”

He added, “There are of course all sorts of social ills that lead to the thefts, not the least of which is an increasing addiction problem as drugs become more toxic and addictive.”

This report comes from Campbell River, a city of more than 35,000 people.

What is the situation like on Cortes Island: where the population is a little more than a thousand, most residents at least recognize their neighbours, and the only police are stationed on another island?

Curt Cunningham, from the Squirrel Cove General Store, said, “I believe that we have a very strong supportive community and shoplifting is at a minimum.”

“We are a community store, so I’d like to think that people are less inclined to steal from us than a big store,” added Hargrave.

He noted that while shoplifting has not been a problem since the pandemic began, it does happen:

“We normally have to deal with someone stealing once or twice a year, and we make sure we have multiple types of evidence before we confront.  The most common items are expensive but small (like vanilla extract or frozen meat) or an impulse grab (like an energy bar or ice cream).  We also go through random, inexplicable acts of vandalism; in 2019, we lost a couple cases of different kinds of juices because someone was popping the caps off of them and we had to throw them away.”

Bill Dougan, Manager of the Gorge Harbour Marina and General Store, emailed that there had been a handful of incidents over the past decade. So far, they have either been connected to an addiction (stealing booze), or else hunger.

Hargrave did not know how long Cortes would continue to enjoy such a low crime rate.

“I know that theft in Victoria, for example, has increased a lot – presumably because of a slowing economy and lack of opportunity.  Cortes isn’t there yet, but it may come.”

Cpl. Sean Bulford, of the Quadra Island RCMP, explained Cortes Island’s low crime rate in terms of the BC Ferries.

“Most rural crime occurs in communities closer to adjacent roads or nearby larger urban centres,” he explained.

The vast majority of people leaving Cortes Island need to get in line for the next ferry. Their vehicle is photographed by two webcams and the police could be waiting when they finally disembark on Quadra Island. Then they drive across Quadra to get in line for another ferry, and another webcam, before making the crossing to Campbell River.

This program was funded by a grant from the Community Radio Fund of Canada and the Government of Canada’s Local Journalism Initiative.