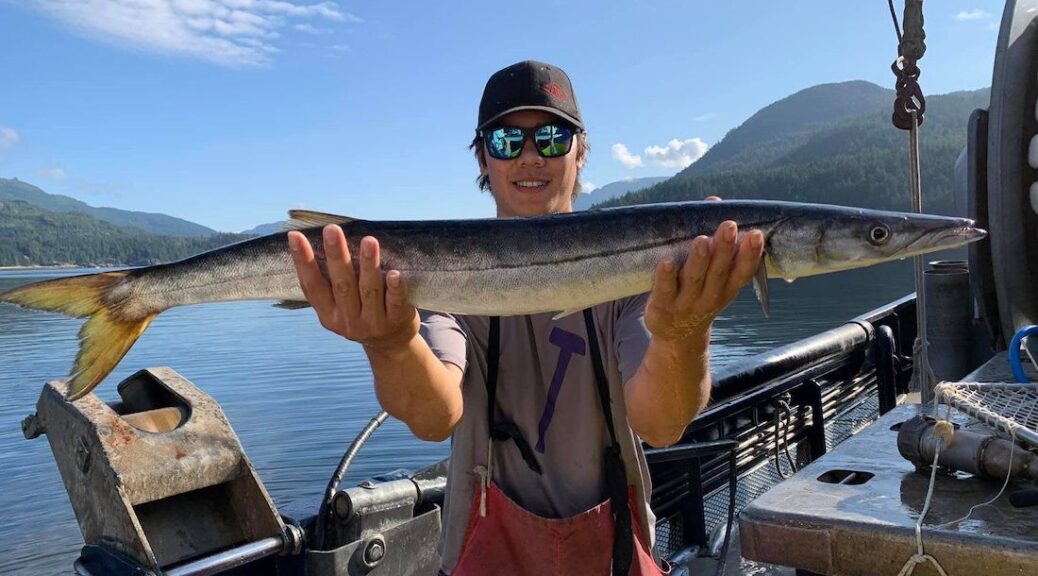 In a rare occurrence, fishermen from Vancouver snagged a barracuda in Alberni Inlet when they were out on a salmon testing program for the Fisheries and Oceans Canada (DFO).

How They Caught A Barracuda

Tyler Vogrig and his dad were on board their vessel Nita Maria last week when a barracuda was chased into their net by seals.

Going by the sharp fang-like teeth and muscular body of the fish, Vogrig and his father immediately knew it was a barracuda.

They were “shocked” at first on seeing this particular species in British Columbia.

“I’ve come across many barracudas in Hawaii, but never really seen one in Canada,” Vogrig said.

Vogrig’s father consulted with the DFO immediately and after placing the barracuda in a revival tank for a while they released it back into the water. “The barracuda had slashes on its tail and we just wanted to give it some time to rest in the revival tank,” said Vogrig.

Barracudas are predatory fish known for its ferocious behaviour and are usually found in tropical and subtropical waters. Although unusual in Canadian waters, barracudas have been spotted in the country before. The first was in 1999 in Nova Scotia, according to a study published in the Canadian Field-Naturalist in 2006.

The specimen in catalogued in the Nova Scotia Museum of Natural History, Halifax.

‘A Few Fish Is Not A Trend’

Jackie Hildering, a biologist and educator with the Marine Education and Research Society, who runs ‘The Marine Detective’ website said that while Pacific barracudas north of California are rare, there have been reports dating back many years as far north as Alaska.

“A few fish is not a trend,” said Hildering. But she also pointed that their presence is likely an indicator of a warmer current.

”The worry comes if their presence becomes more frequent due to climate change,” said Hildering.

“I would have no worries about the Barracuda regarding diver and swimmer safety. I have dived with them in the tropics and know to be wary but not afraid.”